CZCS image of the southwest African coast, showing the high productivity of the Benguela upwelling zone and associated features of the Benguela current. This image was obtained on September 29, 1980. 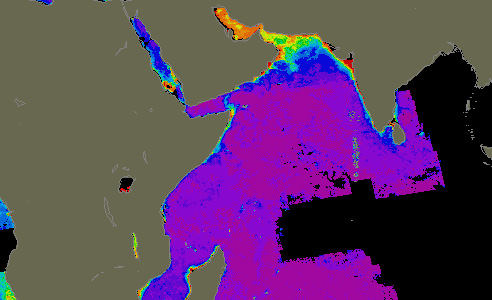 CZCS composite image of the Arabian Sea for April-June 1979, the latter half of the annual period of low productivity preceding the development of the southwest monsoon. Outflow features from the Persian Gulf are also visible. 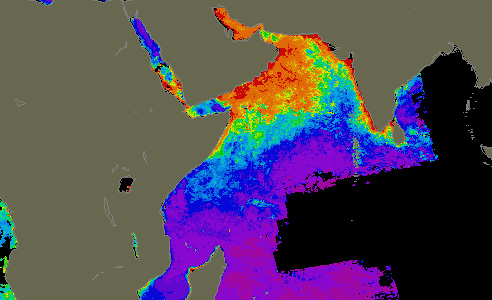 CZCS composite image of the Arabian Sea for July-September 1979, showing the large area of high productivity waters that develops under the influence of the southwest monsoon. 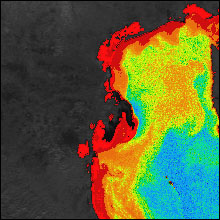 Since the CZCS mission directed much of the instrument’s observing time to the coastal zone, some of the most visible features are the interface where fresh water encounters salt water – where rivers meet the sea. The influx of fresh water (frequently laden with sediments and organic matter) into the oceans induces a variety of physical, chemical, and biological phenomena that show up clearly in many CZCS images. The CZCS image shown here, acquired on October 9, 1984, highlights the plume of sediment discharging into the Adriatic Sea from the mouth of the Po River, just south of Venice, Italy. 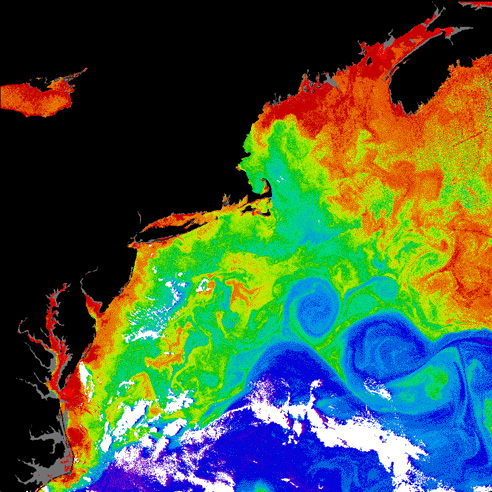 CZCS image of the Gulf Stream and northeastern coast of the United States. Several large Gulf Stream warm core rings are visible in this image, as are the higher productivity areas near the Chesapeake and Delaware Bays. To the northeast, part of the Grand Banks region near Nova Scotia is visible. Despite the high productivity of this region, overfishing caused the total collapse of the Grand Banks cod fishery in the early 1990s. 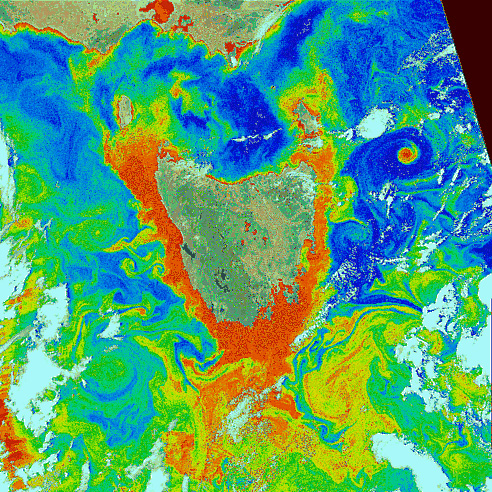 CZCS image of Tasmania and surrounding waters, obtained on November 27, 1981. The southern coast of Australia is at the top of the image, separated from Tasmania by the Bass Strait. 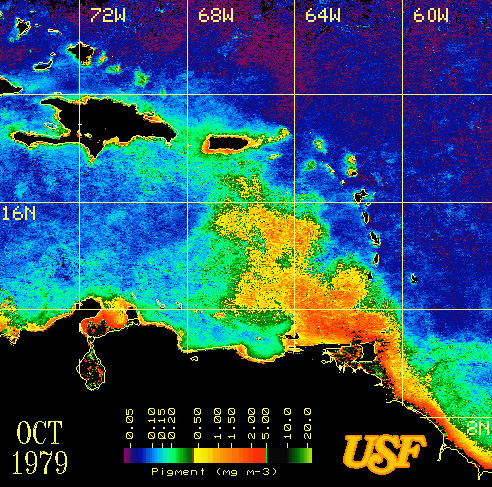